In this series the photographer Kristian Bertel is showcasing five photographs from one of his journeys to India, where many of them are portraits. India, the name alone evokes rich images of countless gods, rickshaws, holy cows, chaotic cities, extreme poverty and maharajas. Nowhere else in the world can the traveler marvel at such different religions, cultures, peoples, languages, philosophies, architectural styles and regional cuisines. 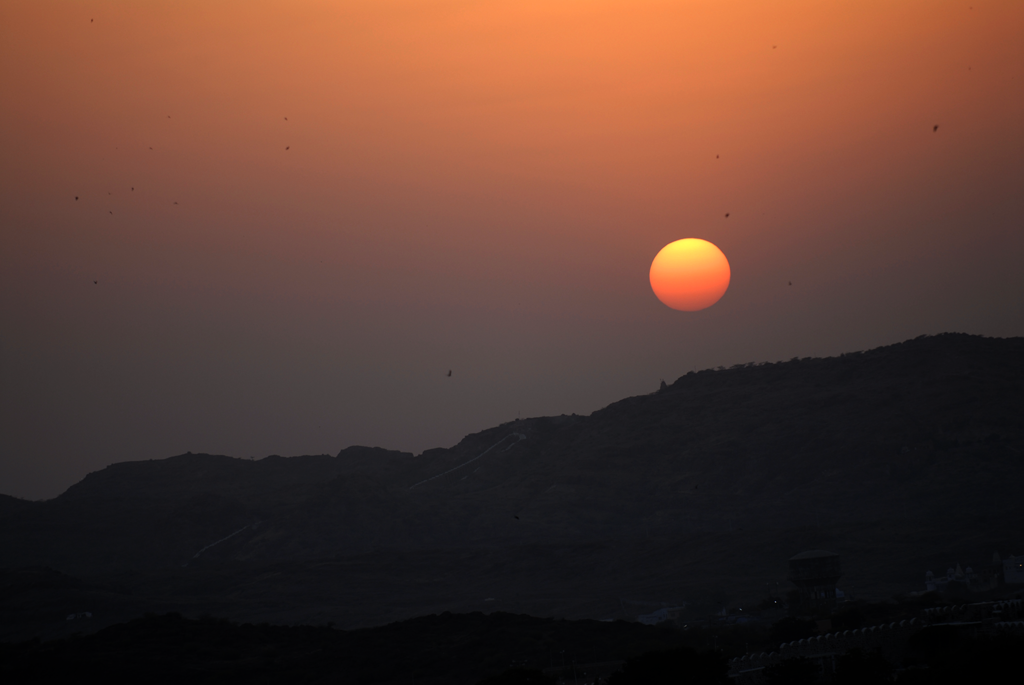 Sun over Jodhpur, India
The sun, as the source of energy and light for life on earth has been a central object in culture and religion since prehistory. Ritual solar worship has given rise to solar deities in theistic traditions not only in India, but also throughout the world, and solar symbolism is ubiquitous. Apart from its immediate connection to light and warmth, the sun is also important in timekeeping as the main indicator of the day and the year as in this photograph depicted in Jodhpur, India. Jagdish Temple in Udaipur
Devotees in major temples may bring in symbolic offerings for the 'Puja'. This includes fruits, flowers, sweets and other symbols of the bounty of the natural world. Temples in India are usually surrounded with small shops selling these offerings and when inside the temple, devotees keep both hands folded, known as 'Namaste mudra'. A typical, ancient Hindu temple has a profusion of arts from paintings to sculptures. 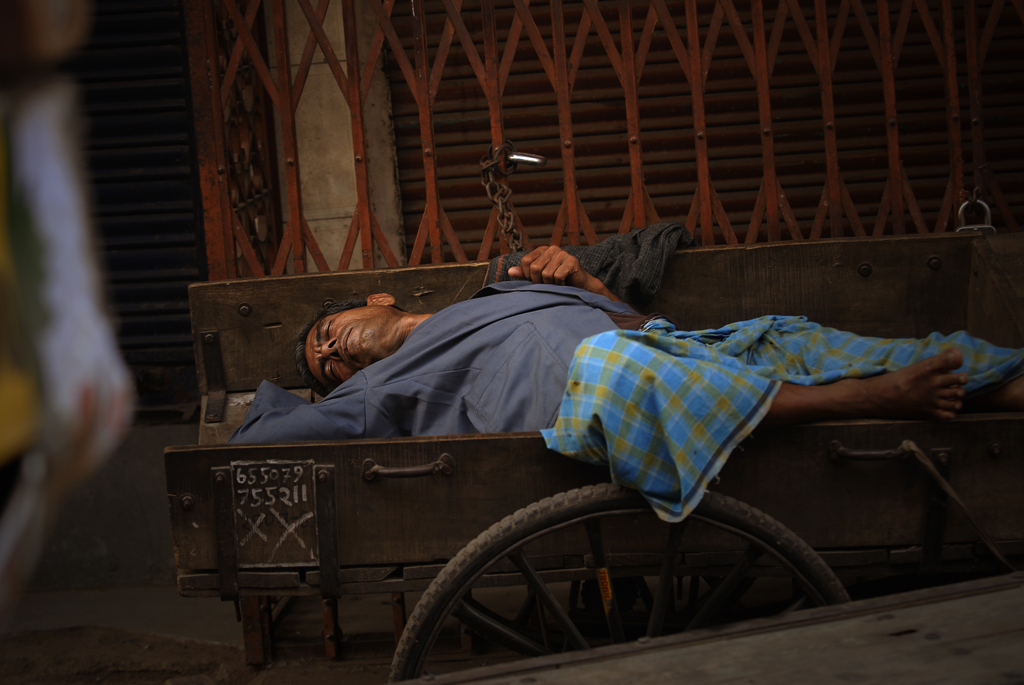 Sleeping man in Delhi
Nothing can fully prepare you for India, but perhaps the one thing that best encaptulates this extraordinary country is its ability to inspire, frustrate, thrill and confound all at once. India is a one of the world's most multidimensional countries, presenting a wildly diverse spectrum of travel encounters. In this photo an Indian laborer is sleeping on a hand-pulled cart used to transport heavy materials in Delhi, India. 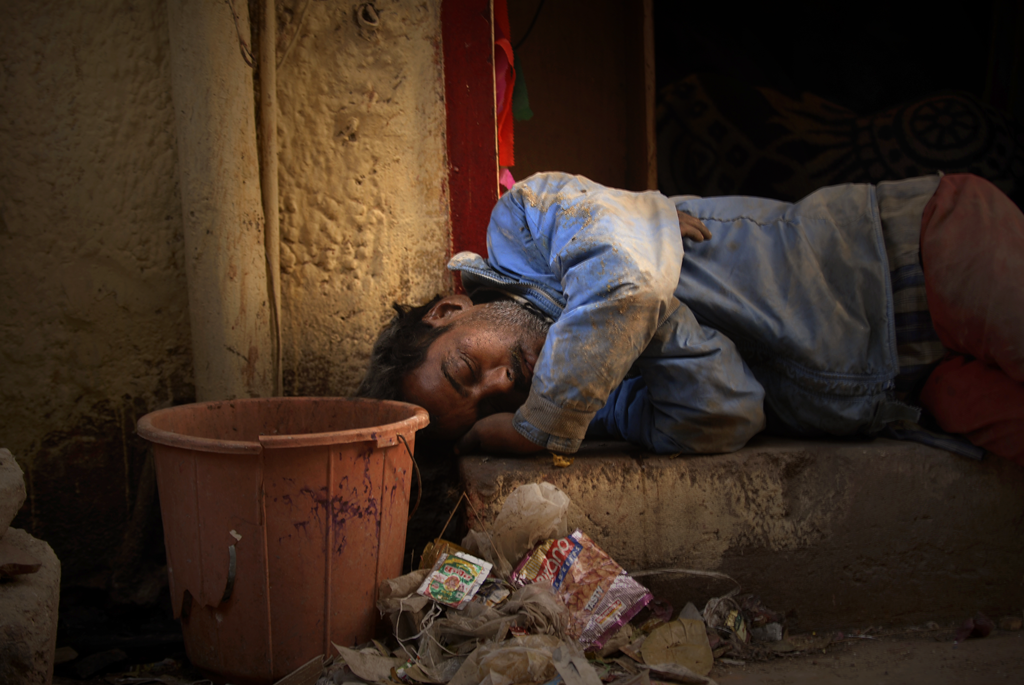 Arakashan Rd Portraiture
People with low wages and homeless are often been seen sleeping in the streets for the night. Lack of love and many other things can be the reasons for homelessness in India, which for centuries has caused families in India to have an average of five generations being homeless. In this photograph a man is sleeping on a stairway at Arakashan Rd in Delhi.


Sony World Photography Awards 2023
The photographer is participating in the 'Portraiture' category of the professional competition in the 'Sony World Photography Awards 2023', where they are rewarding the best photo series worldwide. The competition is the leading competition for photographers and artists working in photography. The awards is regarded as one of the world's most prestigious photography competitions by elevating photographers' careers – from established to emerging – since it started 16 years ago. Their 'Outstanding Contribution to Photography' title is given to a person or group of people that have made a significant impact on the photographic medium. These recipients have produced powerful imagery that continues to captivate, educate and inspire them as much today as when they were first made. The award is a celebration of voices behind some of the most groundbreaking photographic work of our time. The recipients have work housed in the world's finest museums, galleries and institutions and are celebrated and loved for their pioneering imagery.

Outstanding contribution to photography
In the competition they are also rewarding lifetime achievement and excellence in the field of photography. Honoring the best photographers that have the power to enrich our daily lives is key to the World Photography Organisation's aim to support photographers around the globe and to celebrate their achievements through the act of recognising, sharing and presenting compelling imagery to an international audience.

At the World Photography Organisation they are driven to push photography forward and one way we deliver this is through the 'Sony World Photography Awards'. The awards is devoted to promoting both established and emerging photographers and giving them the exposure, visibility and opportunities to help advance them into the next stage of their career. Every year thousands of photographers submit their best imagery to the awards and with their vast global community viewing the work, successful photographers have benefitted from publishing deals, gallery representation and worldwide exhibitions. They pride ourselves on building lasting relationships with individual photographers and industry-leading partners. The World Photography Organisation's aim is to facilitate the meeting of creative minds so credible, innovative and exciting work is made.